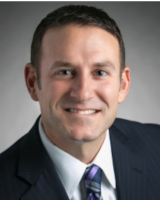 David Cessante has spent his entire career representing and counseling employers in all matters relating to the employment relationship. As a member in Clark Hill’s Labor & Employment Practice Group, Dave has extensive litigation experience defending employers in federal and state courts as well as before the Equal Employment Opportunity Commission (EEOC), the United States Departments of Labor (DOL), the National Labor Relations Board (NLRB), and other administrative tribunals. This experience includes defending litigation involving:

In addition to his breadth of litigation experience, Dave has experience:

In March 2016, Dave obtained a “no cause of action” jury verdict in a lawsuit involving six claims, including claims for gender discrimination and common law claims for unpaid commissions.  The plaintiff was seeking $750,000 in damages.  After a five-day trial, the jury found in favor of Dave’s client after only twenty-two minutes of deliberations.

Dave is also a frequent lecturer on numerous employment topics, including the FMLA, the ADA, preventing discrimination, retaliation, and harassment in the workplace, HR recordkeeping, wage and hour issues, affirmative action obligations, union avoidance, co-employment, independent contractors, and proper disciplinary and documenting procedures.  Dave has been a guest lecturer on a myriad of employment-related topics for the Michigan Chamber of Commerce since 2010, and has also spoken at the annual conference for Michigan SHRM.

Clark Hill is a multidisciplinary, international law firm that draws on our attorneys’ comprehensive industry and policy knowledge and a global network of industry advisors and subject-matter experts to provide innovative legal solutions and client-service excellence worldwide.