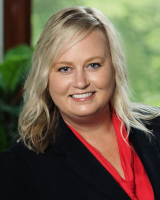 FPS&S attorneys are well known for success in handling complex litigation involving Title VII claims, employment contracts, accommodation under the Americans with Disabilities Act, the Family and Medical Leave Act, retaliation, discrimination and sexual harassment claims. Two of our partners have been recognized as among the Best Lawyers in America® in this area of the law. FPS&S attorneys regularly provide advice and counsel to clients who seek to prevent claims and be prepared for them when they arise. FPS&S provides clients a monthly email alert discussing the latest cases and issues in employment law.