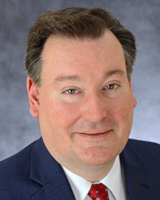 Bradley K. Shafer was born in Detroit, Michigan.  He attended Alma College graduating with a double major in History and Political Science in 1993.  He obtained his law degree from The Ohio State University College of Law in 1996 before relocating to Wheeling, West Virginia where he continues to reside.  Since that time, Bradley has tried cases to verdict in both state and federal courts in Ohio, West Virginia, and Virginia.  He has also handled appeals to the West Virginia Supreme Court of Appeals and the United States Circuit Court of Appeals for both the Fourth and Sixth Circuits.  Bradley also has experience litigating matters in arbitration and before various administrative agencies.

Bradley spends much of his time advising his clients on labor, employment and workers’ compensation matters.  He has become a trusted advisor to his clients having relationships with many that date back for over 20 years.  Bradley has earned a reputation for breaking down the complex legalese into plain English that his clients can then implement and enforce through their own internal policies and procedures as well as litigating disputes to final judgment.

In addition to practicing law, Bradley has been a very active member of the Society of Human Resource Management (SHRM).  He has served several terms as chapter president, legislative officer, and board member of his local chapter.  Bradley also served as the statewide Legislative Director for West Virginia SHRM and as such organized “HR Day” at the West Virginia Capitol where SHRM members visit their state representatives to discuss pending legislation dealing with workplace issues.  He also issued statewide legislative alerts to SHRM members and prepared talking points and letters for members to send state legislators regarding HR related bills.

Bradley has written and presented topics on various labor and employment issues at seminars sponsored by his law firms, NBI, SHRM, and WorkForce West Virginia.  He has also provided in house training to human resources professionals and insurance claims handlers.

Successfully represented an employer in Ohio during a strike by the Union. After being unable to successfully negotiate a new collective bargaining agreement, the union declared a strike. A picket line formed outside the employer’s plant. The employer continued operating the plant during the strike. Various picketers threw tire jacks and road spikes, some as large as six inches, in the roadway hoping members of management, temporary employees, and delivery drivers would run over the jacks disabling their vehicles. Picketers also stood in the employer’s driveway to stop people from leaving and entering the plant. Picketers also engaged in other acts designed to intimidate delivery drivers, some of which refused to continue to do business with the employer because of the picketers. Suit was filed in Court and an injunction was awarded limiting the total number of people on the picket line to six people, requiring the picketers to stand in an area designated by the Court away from plant entrances and exits, and further prohibiting the picketers from throwing spikes in the roadway and threatening or intimidating people going in and out of the plant.

Mintzer Sarowitz Zeris Ledva & Meyers LLP is committed to providing clients with the legal services they need to achieve a successful and timely resolution of their most challenging legal matters. With eleven offices located in seven states, our attorneys are well positioned to litigate a wide variety of civil cases at the regional and national levels. Our client base mirrors the diversity of our practice, ranging from insurance carriers, insureds and self-insured entities, to small, mid-size and large businesses, to public and government entities. MSZL&M brings together a team of accomplished trial attorneys with the experience and insight necessary to help our clients solve their legal issues in the most efficient and economic manner possible.

At MSZL&M we believe in getting actively involved in the case at the earliest possible stage. Our legal team undertakes a thorough investigation of each claim so that we can provide our clients with an objective assessment of the potential costs, risks and outcomes associated with the case. We take a client-centered approach to litigation and case management, which means we give our clients the full information and advice they need to make the best choices for their individual situations. Whether ultimate decision involves negotiating a settlement, taking the case before arbitration or mediation, or litigating the matter in court, we are ready to do whatever it takes to get the outcome our clients are looking for.