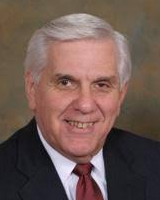 In 1980, Mr. Wasilefski became a shareholder in Peters & Wasilefski. For over 38 years with this firm, he has continued to concentrate his practice in the area of litigation. He has successfully litigated numerous cases in the Courts of the Commonwealth of Pennsylvania all over the state and in the Federal Courts for the Eastern District and Middle District of Pennsylvania. He has also successfully argued cases in the Appellate Courts of Pennsylvania and in the Federal court system. He has litigated cases in the areas of motor vehicle, products liability, medical and other professional malpractice, commercial, construction, insurance, employment, workers’ compensation, business and corporate. Mr. Wasilefski is a member of the bars of the Supreme Court of Pennsylvania, the Federal Third Circuit Court of Appeals, and the United States Supreme Court, the U.S. District Court for the Middle District of Pennsylvania and the U.S. District Court for the Eastern District of Pennsylvania. Mr. Wasilefski also provides counseling and other legal services to business clients to assist them in the ever changing and competitive world of business. He also provides legal services to clients in the areas of real estate and trusts and estates.

Mr. Wasilefski provides private alternate dispute resolution services in both mediation and arbitration. He has received training as a Mediator at the Key Bridge Foundation Center in Washington, D.C. and is a panel member of the Dauphin County Bar Association Alternative Dispute Resolution Service. He had been appointed by the Court of Common Pleas of Dauphin County as a Chairman of one of the compulsory arbitration panels for the period 2003-2004. He has served as an arbitrator for the 2-year term of 2009-2010.

Mr. Wasilefski is a member of various professional associations including: Dauphin County Bar Association, Pennsylvania Bar Association and the American Bar Association. He serves on a number of committees in the Dauphin County Bar Association, including the Court Rules Committee and the Alternate Dispute Resolution Committee. Mr. Wasilefski was President of the Pennsylvania Defense Institute in 2011-2012. He has served as Vice President for the Southern Region of the Pennsylvania Defense Institute and a member of the organization’s Long Range Planning Committee and various task forces related to the legislative and court relations. He also held the position of Regional Director and co-chair of the Environmental Committee. He also holds membership in the Association for Conflict Resolution, The Association of Trial Lawyers of America, the Pennsylvania Trial Lawyers Association, and the Defense Research Institute, in which he held the position of State Representative to the Board of Directors of DRI from 2007-2009. In 2004, 2005, 2008, 2009, 2010, 2011, 2012, 2013, 2014 and 2015, Mr.Wasilefski was named a Pennsylvania Super Lawyer in the area of business litigation. He has also been included in “Best Lawyers in America” for a number of years.

Whether through an innovative approach to complex legal problems, or simply the desire to exceed your expectations, the objectives of The Law Firm of Peters & Wasilefski are simple: Meet our clients’ needs while forging enduring professional relationships.

Our attorneys welcome the opportunity to meet with you to discuss how our experience and reputation for excellence can resolve your legal issues efficiently. Based in Harrisburg, and serving throughout Pennsylvania, we represent businesses, insurers and individuals in a variety of legal matters. No matter the case, our goal is to protect our clients’ interests and their rights.