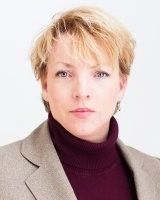 Experienced in a broad range of workplace law, including gender and other discrimination claims, Katherine Smith Kennedy finds particular satisfaction in wage-and-hour claims—cases that allow her to make a real difference in a family’s long-term economic security. She’s a team player who works well with people on both sides of the desk. She’s a diligent advocate and values open, direct communication, responsiveness, and trust. She shares her time and talents as a volunteer with regional schools—including leading an annual Martin Luther King Day presentation for school children. A lover of the arts, she’s a former board member of Grandville Avenue Arts & Humanities. And she’s active in the legal community— serving as the former president of the local chapter of the Federal Bar Association and mentoring young attorneys through the Hillman Advocacy Program. She’s a strong political advocate and fosters civic engagement in her children—inspiring the next generation to speak out for causes they believe in. Outside of work she and her husband Brady enjoy being with their two children and extended family, watching football, hiking, camping, and spending time at the beach.

Attorneys in our firm have represented the rights of employees and unions since the 1960s. We believe in economic fairness and have proudly fought to preserve the rights of working people for more than a half century. We represent more labor organizations and have more experience supporting employees in contract and discrimination claims than any firm in the region.

PSFK draws upon the legacies of notable lawyers and former partners Robert Kleiner, Edward (Ned) Smith, and the Hon. David Soet. With the retirement of Ned Smith at the end of 2014, PSFK Law added litigator Sarah Riley Howard, who brings significant experience in criminal defense, as well as in civil rights claims.