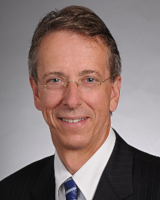 Kevin J. Hamilton focuses his practice on labor and employment counseling and litigation. Mr. Hamilton has addressed, through counseling, negotiation, or litigation, a broad range of key issues critical to the modern workplace. Mr. Hamilton has extensive experience with non-competition, trade secret, discrimination, multiple plaintiff and wrongful discharge litigation. Mr. Hamilton chairs the firm’s nationally-recognized Retail & Consumer Industry practice, including more than 260 lawyers throughout the firm who focus on issues across the spectrum confronting the retail and consumer products industry.

Perkins Coie is a leading international law firm that is known for providing high value, strategic solutions and extraordinary client service on matters vital to our clients’ success. With more than 1,000 lawyers in offices across the United States and in Beijing, Shanghai and Taipei, we provide a full array of corporate, commercial litigation, intellectual property and regulatory legal advice to a broad range of clients, including many of the world’s most innovative companies and industry leaders as well as public and not-for-profit organizations.