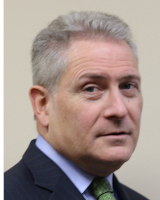 Michael Miranda attended Colgate University, graduating in 1983. He graduated from The New York Law School in 1986. He was Articles Editor of The New York Law School Journal for Comparative and International Law. His article, “An Analysis of the Tort Exception of the Foreign Sovereign Immunities Act,” was published at 7 N.Y.L.S.J. INT’L COMP L. 281(1985).

He was admitted to practice in New Jersey in 1986 and in New York in 1987, as well as the relevant Federal courts for these jurisdictions.

Mike leads the employment practices counseling and litigation group. He serves as outside counsel to a number of private companies to deal with their everyday employment issues, as well as defend them when they face litigation. He also has helped companies set up HR departments and establish appropriate protocol. He has given numerous seminars to clients to ensure compliance with the Federal and State wage and hour laws; sexual harassment seminars to employees and management; and as well as overall anti-discrimination training. His goal is to avoid litigation in giving these seminars and to educate the business and municipal community.

He also has developed a specialty in defending wage, overtime, uniform, and spread of hours claims pursuant to the Fair Labor Standards Act and New York Labor Law. Mike has often defended private and public employers in disputes ranging from sexual harassment to racial discrimination to retaliation. In particular, he has achieved the following victories:

Founded in July, 1998, Miranda Slone Sklarin Verveniotis has grown to a firm of over twenty lawyers. We are continuing to grow because we understand that our clients hire us for service, and we listen to their needs. We have the size to handle substantial matters while still maintaining the personal touch and partner supervision that makes MSSSV unique.