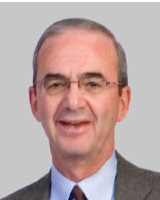 Named as one of the leading labor and employment attorneys in New Jersey by Chambers USA, Steve has been actively engaged in the practice of labor relations law on behalf of management throughout his professional life. Steve has extensive experience in representing management in union negotiations and arbitrations, in matters before the National Labor Relations Board and state and federal discrimination agencies and in formulating strategies regarding plant relocation, consolidations, mergers and acquisitions. He has represented numerous manufacturing and distribution companies, as well as numerous hospitals, nursing homes and not-for-profit organizations.

Fox Rothschild has grown to a 900-lawyer national law firm with 27 offices by focusing on client service and responsiveness, and by attracting bright and creative lawyers who know how to deliver.

In a word, by listening.

And acting on what we hear.

We give clients the focus and service of a boutique – with the reach and resources of a national firm.

We give our lawyers a national stage and equip them with the platform to nurture innovation and drive client success.